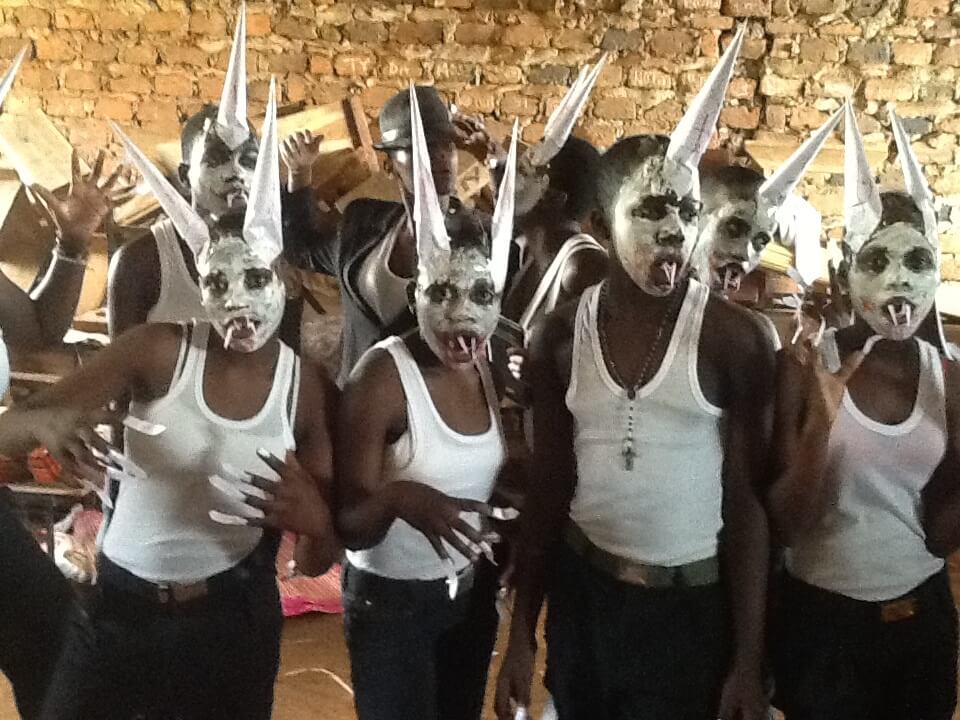 Dear Irene and Henry,
Last Thursday was 52 years of Independence For Uganda as I informed you.

In addition to the debate we had, there was already a report that HIV- aids is still on the increase among young children below 18 years, mainly the girls. One of the causes is that many children are abandoned by parents and live an independent life as heads of families. Girls mainly give in to men around the villages, with the hope of getting help from them to sustain their young relatives left with them. The school drama group staged a play about aids as you see in the photo about how aids is spread, how to avoid it and the happiness of living an HIV free life. They presented that the virus comes in smart and convincing ways, dressed in white like angles, with fine faces, but it remains a virus, just as a dog may put on a suit, but the tail, ears and teeth remain uncovered. So, the virus makes itself smart, but the teeth, the long nails, the horns, remain visible.
In future when our finances improve, we will take such a group to the community and other schools to sensitize others.
May you be blessed.
Yours,
Ronald.